From the Royal Court of Avatar Country on March 8 in the Year of the King (2019).
Avatar has announced a new live LP today titled The King Live In Paris recorded live at Download Festival 2018 held in Paris, France. The new release underscores fan favorites such as “A Statue Of The King,” “Let It Burn,” and “Hail The Apocalypse.”

“Looking back at all that’s happened and what’s still going on it feels more like a document from a pivotal battle than a live album,” says frontman Johannes Eckerström.

“In the past, I’ve found it hard to motivate making something like this, but as time goes on, I find it fortunate that we get to have our work captured like this. I realize now more than ever that we are in the process of constant change. This release is a version of Avatar that didn’t exist a year prior, and that already has morphed into something else. The show at Download Paris was a particular one for many reasons. We are very proud of the result.”

Avatar will release The King Live In Paris on May 17, 2019, via Entertainment One (eOne). Pre-orders are available today with “Bloody Angel” serving as an iTunes instant gratification track, meaning fans who pre-order the album on iTunes will receive “Bloody Angel” as an immediate download. 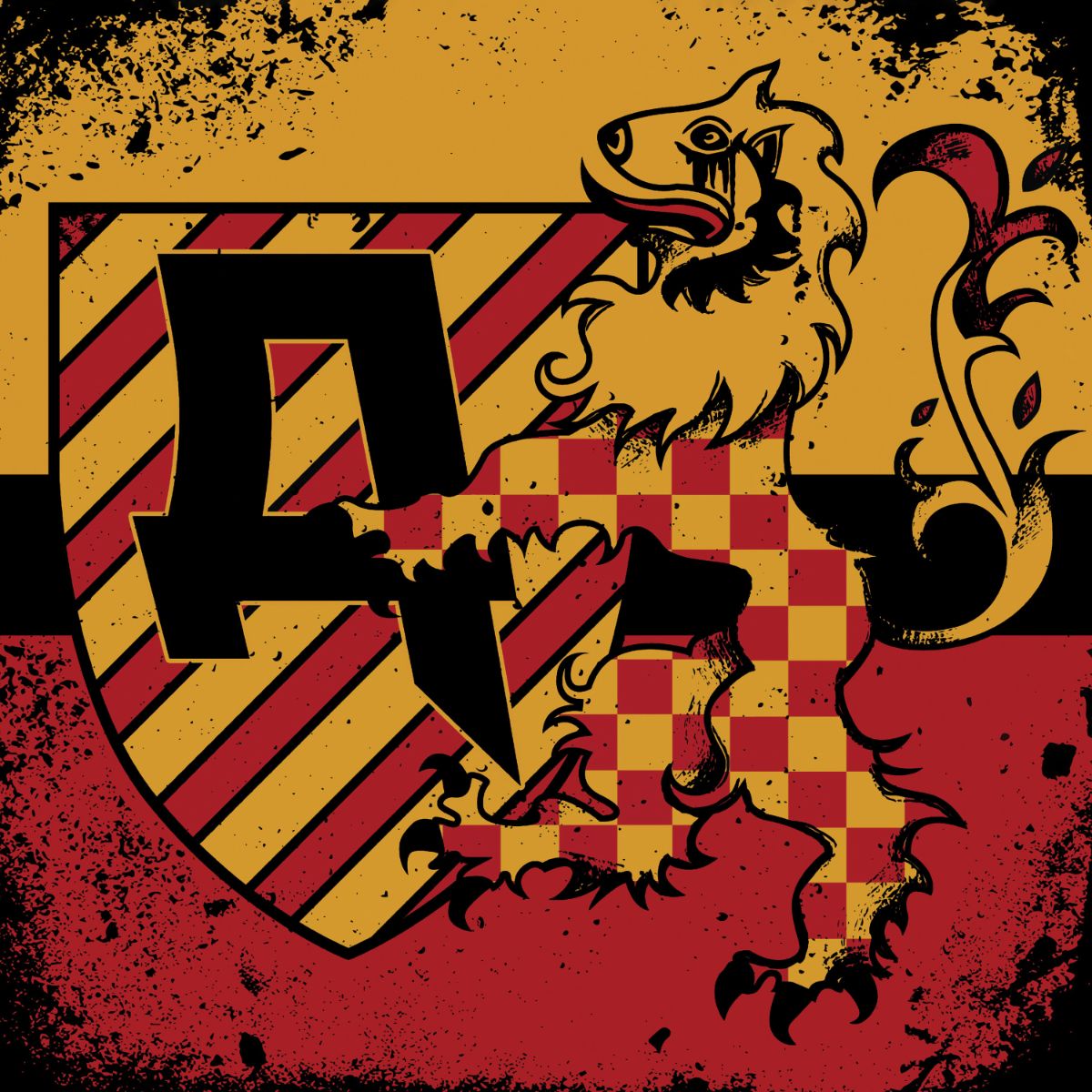 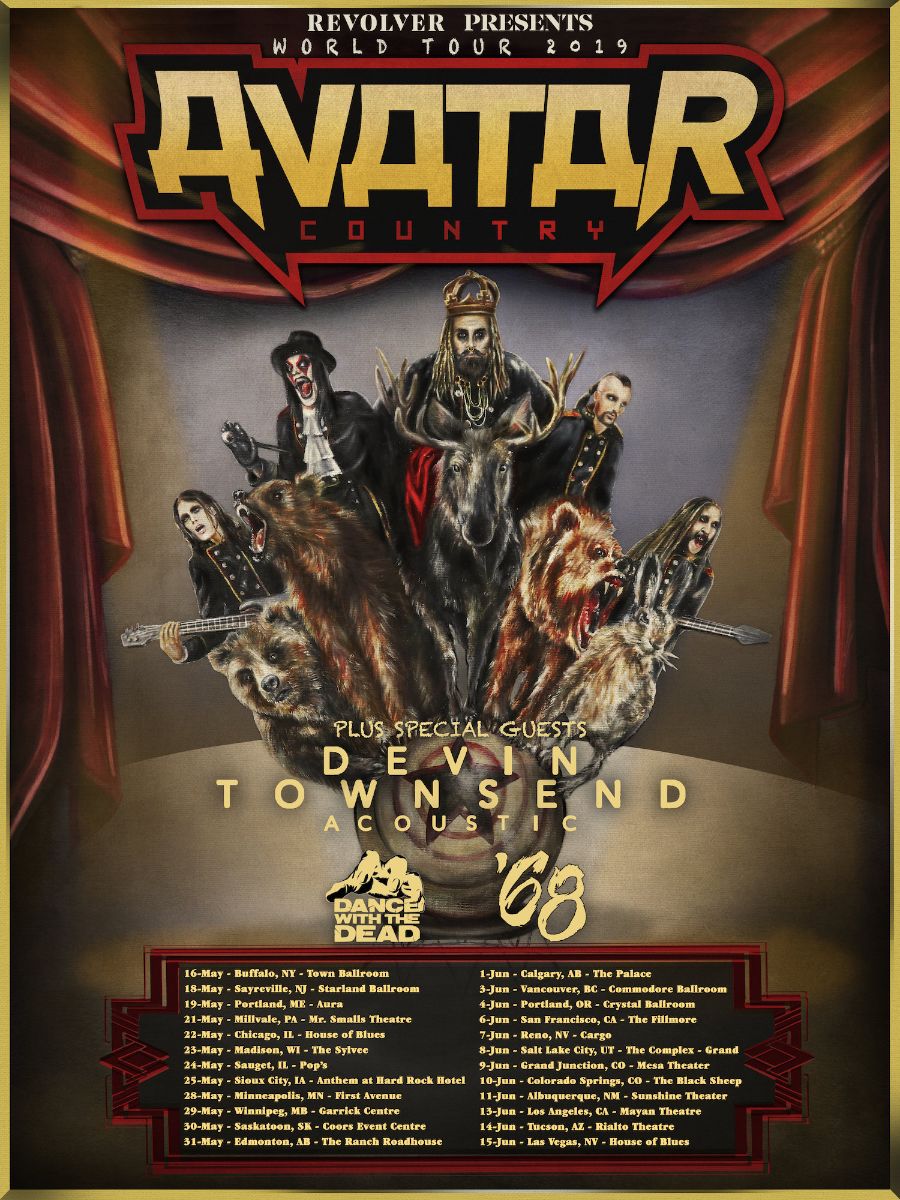 As the band wraps up a mostly sold out European trek, AVATAR also announced their return to North America on the aptly named “Avatar Country World Tour 2019” Presented by Revolver Magazine. Dates begin on May 16 in Buffalo, NY and stretch coast to coast before wrapping up in Las Vegas, NV on June 15 exactly thirty days later.

These dates include three prestigious North American rock festivals including Sonic Temple in Columbus, OH on May 17, Rocklahoma in Pryor, OK on May 26, and Domination 2019 taking place in Mexico City on May 3.

“As we’ve stated in the past, we are reaching the end of the road for the Avatar Country saga,” continues Eckerström. “And if you want to see us in all our Royal Glory in tribute to the King, this might very well be your last chance. We will make sure to go out with a bang!”

The band is thrilled to announce that the legendary singer/songwriter and producer Devin Townsend will serve as direct support performing a full acoustic set. Southern California’s Dance With The Dead and Atlanta mainstays 68’ will open the show.
“This tour is extra special to us and me personally as we’ve not only amazing hand-picked openers to showcase what we think deserves more eyes and ears in ’68 and Dance with the Dead, but we also have the extreme pleasure and privilege to share the stage with Devin Townsend at an exciting phase of his career.”
“I am a life long fan, and I genuinely feel that people who appreciate our willingness to experiment and walk that extra mile to be true to our vision and integrity have Mr. Townsend to thank for a lot. It will be a bucket list experience for me, and I hope we get to share it with as many people as possible.”
The 2019 trek across the U.S. will be the first time the band has toured in America since they went out with TRIVIUM on the “The Sin and the Sentence World Tour” last October. Tickets are on sale now.

Avatar released their seventh, and most Royal, full length, Avatar Country last year via Entertainment One. The LP debuted at #2 Indie, #4 Hard Music, #8 Rock, and #25 on the Billboard 200 Chart.

Critics praised the release as well. NEW NOISE MAGAZINE said Avatar Country was “the culmination of the group’s evolution into a singular powerhouse, a trip into the heart of what makes metal so distinctively powerful.”

LOUDWIRE called the opening track “Glory To Our King” sounds like “it could’ve come straight off of Sgt. Pepper’s Lonely Heart Club, a warm and over the top introduction to the rest of the album.” And finally, METAL INJECTION called Avatar Country “a wonderful ride.”

“The opening track ‘Glory to Our King’ sounds like it could’ve come straight off of Sgt. Pepper’s Lonely Heart Club, a warm and over the top introduction to the rest of the album.” LOUDWIRE

“Avatar’s music and their stage performance is ‘Metal Theater,’ and they not only fall into this category – this album defines it.” TATTOO.COM

“Avatar has only gotten weirder, wackier and more ambitious, not only pushing the over-the-top, operatic boundaries of their sound but also creating a whole imaginary ‘country’ in the process.” REVOLVER

“The Swedish oddballs have risen to the challenge of creating a follow-up that’s just as barmy.” METAL HAMMER

“This royalty-themed release features plenty of the usual theatrics and bombast from the Gothenburg quintet, but with stronger songwriting to shore up their conceptual side.” ROCK SOUND

“If Avatar Country isn’t recognized as a multi-faceted metallic gem, forget government: Your current hard-rock tastes might need to be overthrown.” ALTPRESS

“Avatar Country is the culmination of the group’s evolution into a singular powerhouse, a trip into the heart of what makes metal so distinctively powerful.” NEW NOISE MAGAZINE

“AVATAR’s career has blossomed as its allowed its adventurous spirit to wander.” BLABBERMOUTH

SORROW AND THE SPIRE release new self-titled EP, out now on Crusader Records